I am the type of person who rather cook a new recipe every day than eat the same ole meals every week. So, while looking through my menu board meals I came across “Stroganoff”. With a deep sigh I thought “Not beef stroganoff again” and I decided to do pork instead of beef. I am so glad I did! This recipe has officially been added to our menu board meal selection. 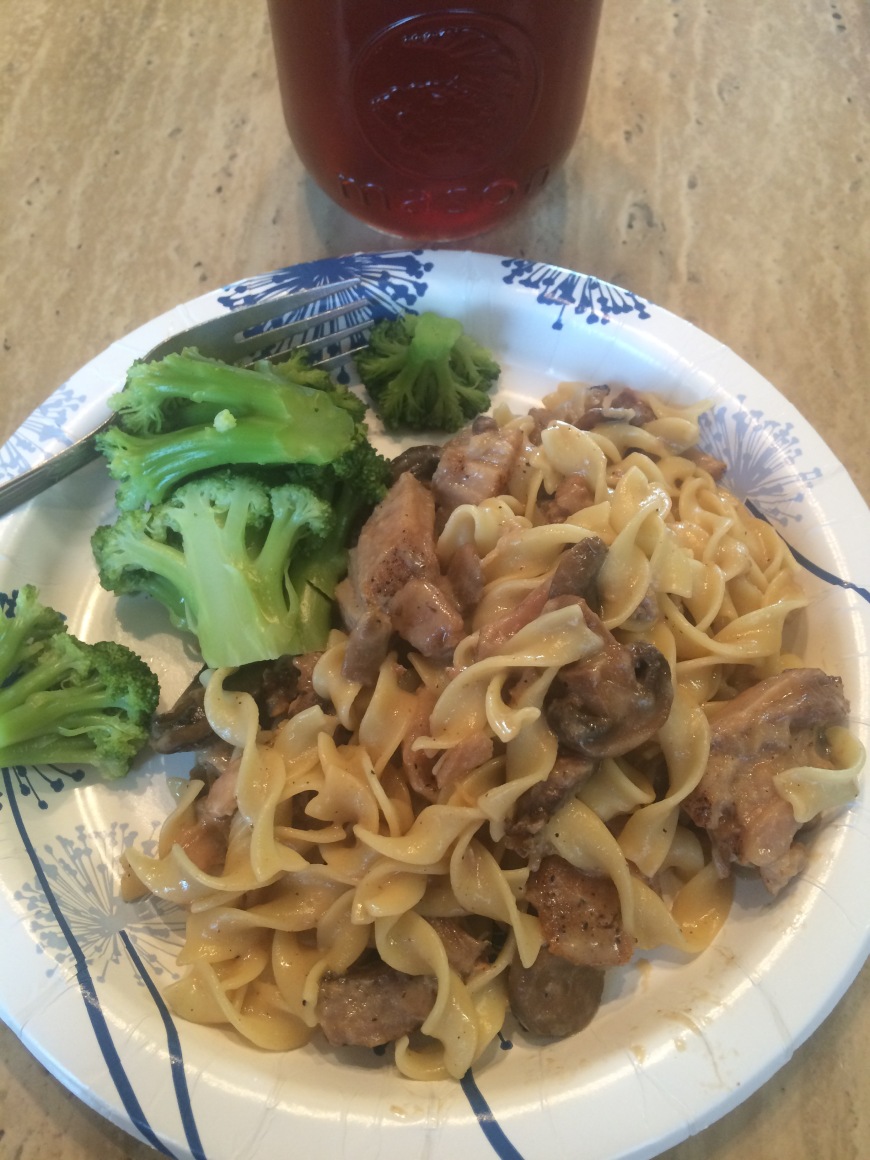